Unique places in Istria you must visit

These are the places you simply must visit to experience the best of Istria. We have selected 6 places, 3 of which are in the heartland of Istria and 3 on the western coast of Istria. In addition, we have singled out several events, restaurants and shops worth visiting. 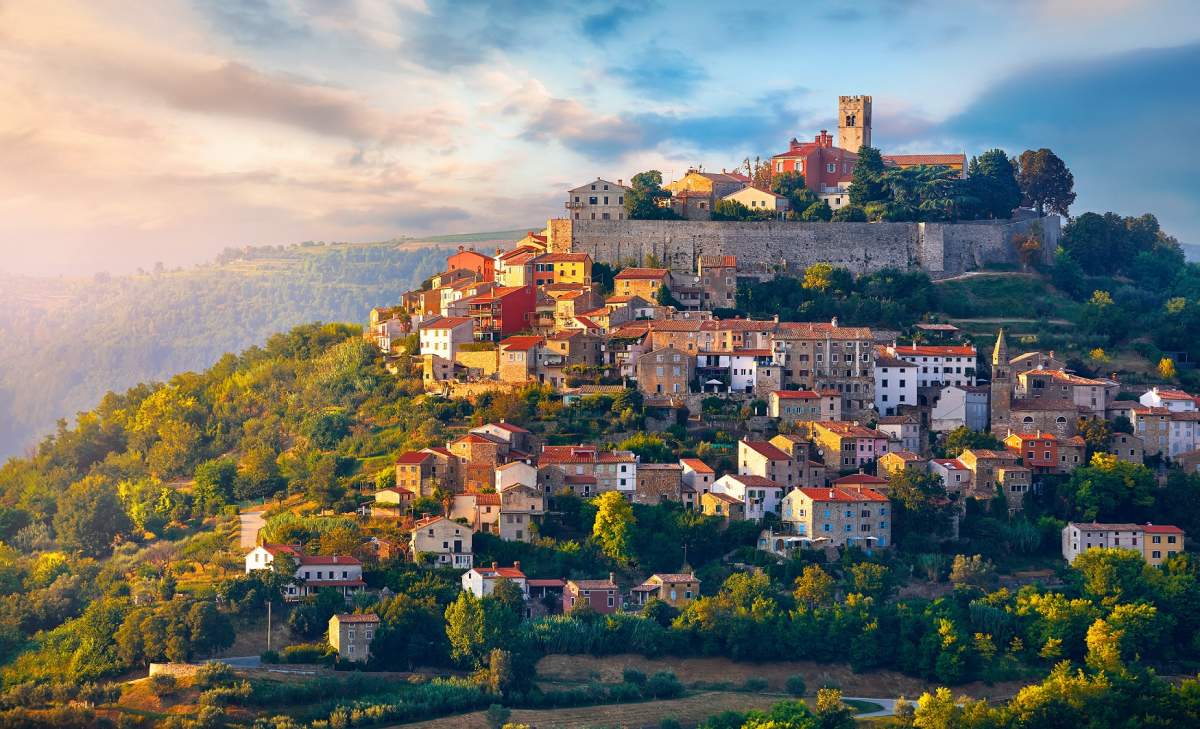 Motovun is a popular tourist destination located in the north of Istria on a hill 277 meters above sea level. The view on Motovun enchants, and the view from Motovun leaves you breathless ... This medieval town attracts with its numerous cultural sights, rich eno-gastronomic offer and unique events. Reachable by car but it is a special experience if you come by bike.

Impressive medieval walls, stone streets, bell tower next to the church of St. Stjepana, the tower next to the communal palace and the loggia on Josip Ressel Square make this ancient place extremely attractive. From Josip Ressel Square there is a beautiful view of the vineyards, the valley of the river Mirna and the forest of St. Marko known as the largest habitat of white truffles. Truffles are one of the specialities of the gastronomic offer in Istria, and Motovun is an ideal place to taste them. If you visit Motovun in July, you can watch the films at the Motovun Film Festival, a famous multi-day outdoor film marathon. 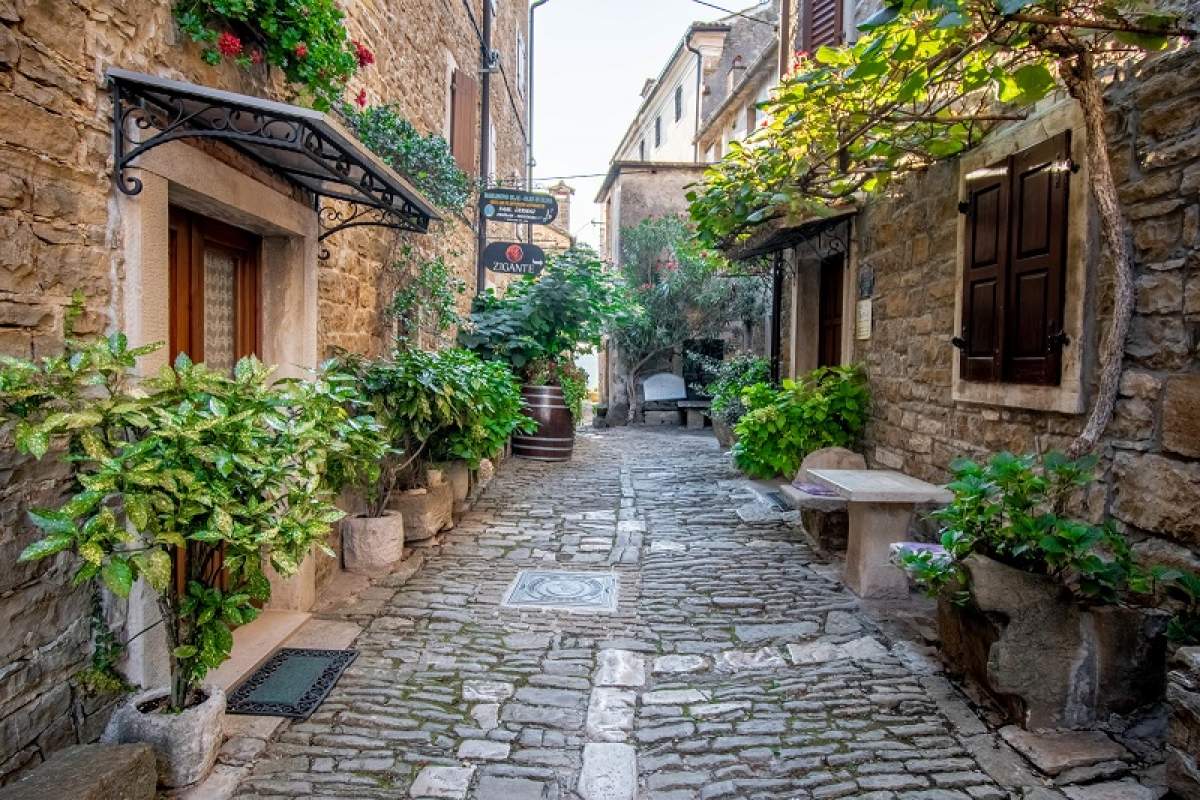 Grožnjan is a small medieval town of great cultural significance in the north of Istria. It has preserved its original beauty and has become one of the most interesting towns in the entire Istrian peninsula. Walking through the cobbled streets, visitors can feel the spirit of old times at every step. Old stone houses huddled together within the city walls, churches and monuments are just one of the reasons to visit this picturesque town.

Known as the "City of Artists", which in the summer months amazes visitors with numerous art galleries, souvenir shops and a diverse program. Summer music academies for young people, art, dance and drama workshops are opening, and one of the most visited programs is certainly the international jazz festival "Jazz is back", which was once named the best small European jazz festival by Guinness. Frequent visitors to Grožnjan are both gourmets and wine lovers who visit local restaurants and agritourism. 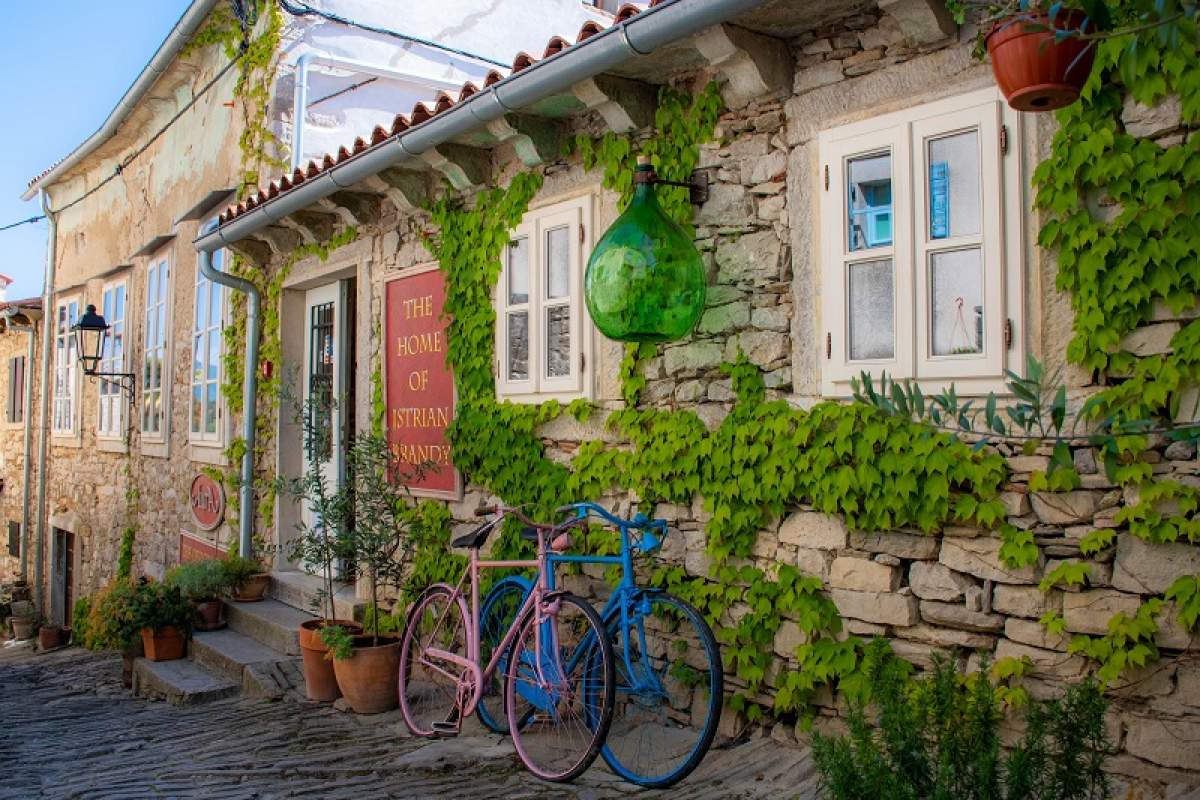 Hum is known as the smallest city in the world with only about 20 inhabitants. According to the legend, it was created when the giants built cities in the valley of Mirna, and they built Hum from the remaining stones. This medieval town was the centre of Glagolitic culture. The most important monument dedicated to Glagoliticism ends in Hum. It is called Aleja glagoljaša and consists of 11 separate monuments that attract the eyes of curious passers-by along the road from Roč to Hum.
In Hum you can taste famous Istrian specialities, and since it has recently been named the City of Biska, whose recipe comes from Hum, you are in the right place to relax and enjoy these unique flavours.

Only 5 km away, the village of Kotli is a warm recommendation for every nature lover. The river Mirna flows through the village, which falls in waterfalls over the rocks and amazes visitors. Kotli used to be the economically strongest village in the Hum region with famous millers and tailors, and today visitors can enjoy the view of the old mill that still resists the time.

Rovinj, a town that was an island until 1763, is today one of the most famous and most visited tourist destinations on the Adriatic.
The old town, topped by the church of St. Euphemia is located on a former island, where high compact houses, narrow streets, and beautiful small squares were built within the city walls due to limited space. Stroll through its cobbled streets, explore unique art galleries, and relax in one of the many restaurants and cafés.
In addition to the rich cultural and historical heritage, Rovinj is known for its extremely indented coastline with numerous beaches and magical sunsets. Sports fans have a great choice of water activities, but also other opportunities such as free climbing in the protected Forest Park Zlatni rt / Punta Corrente, cycling, or horseback riding. This picturesque city also hosts several world-famous festivals, of which the Summer Salsa Festival is just one of the most interesting and fun. 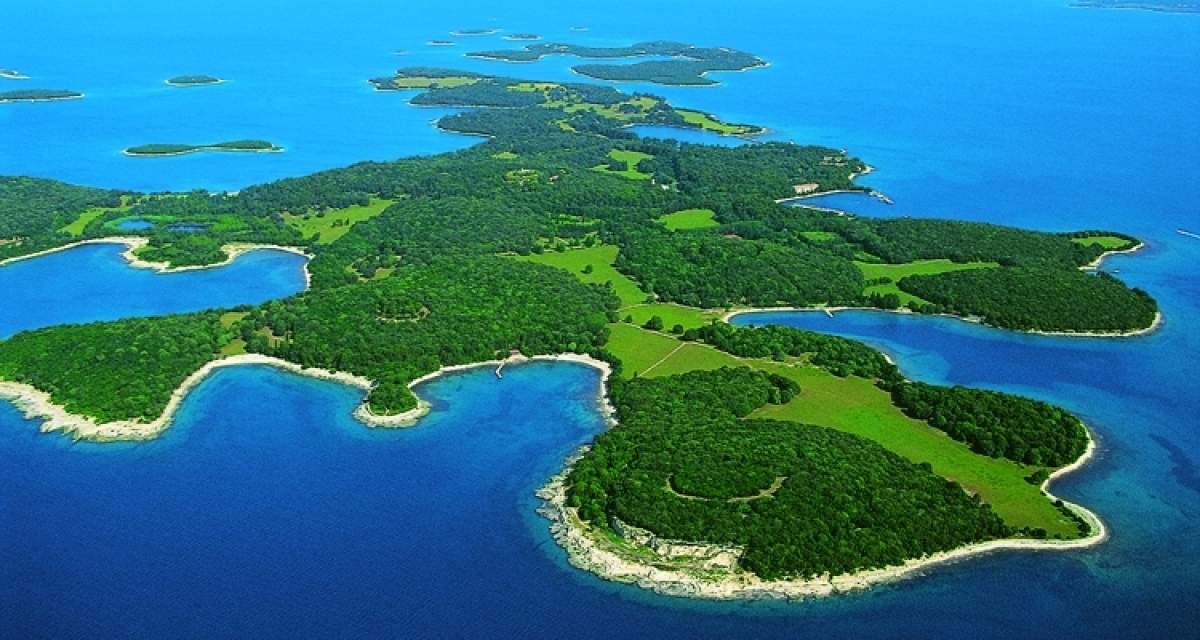 National Park Brijuni near the west coast of Istria is the only National Park in Istria, and thanks to its rich cultural and historical heritage and untouched nature, it is known as one of the most beautiful archipelagos in the Mediterranean.

Although it has a total of 14 islands, only Veliki and Mali Brijun are open to visitors. Veliki Brijun is the largest, most beautiful and most visited island in Brijuni. Come and tour the island by train, bicycle or electric car. Meet the many animals that roam the island freely, as well as the interesting inhabitants of the Safari Park, play golf on the unique green area, visit archaeological sites, visit museums or simply dive into the bay of Verige.
Mali Brijun is known for the magnificent fortification of Fort Brioni Minor, which has recently become the stage of the Ulysses Theater, where theater lovers gather every summer. 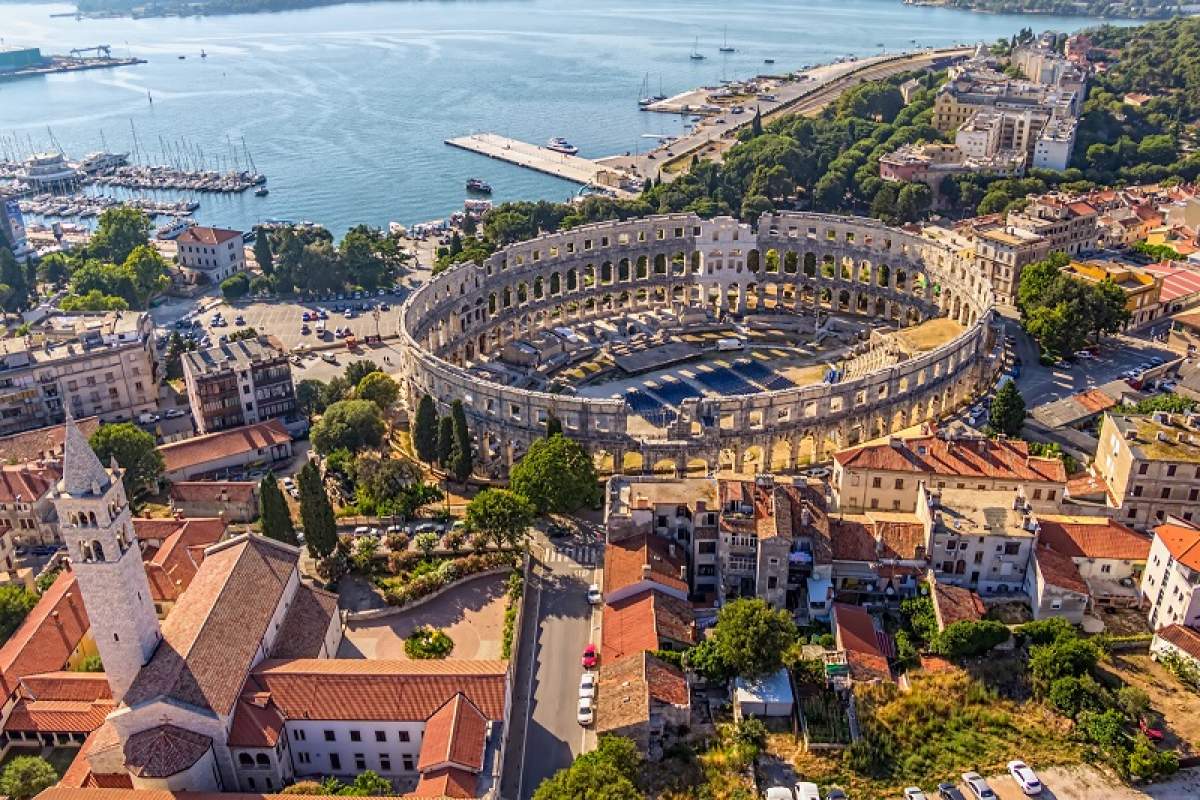 Pula is the largest city in Istria, extremely attractive for visitors who crave many cultural and historical sights, of which the most famous is undoubtedly the Pula Arena, the Roman amphitheatre in which gladiatorial fights have long been held. Today, it is mostly used during the summer months to hold various concerts by domestic and foreign musicians, the famous Pula Film Festival, and the historical-entertaining spectacle "Spectacvla Antiqva". In the underground room, which used to serve gladiators, a permanent exhibition "Olive growing and viticulture of Istria in antiquity" is set up today.

Walking through the city centre you will come across more monuments that are definitely worth a look. The Castle at the foot of which is a small Roman theatre, the Triumphal Arch of the Sergi known as the "Golden Gate", the Temple of Augustus at the Forum today are one of the most beautiful gathering places, especially during various entertainment programs. More recently, the Visualia festival has been attracting attention. Numerous lighting installations that are placed throughout the city create real lighting magic that is enjoyed by both children and adults.